Nina-A Story About Me And Nina Simone

Nina-A Story About Me And Nina Simone is on this week at the Unity Theatre.
Devised by Dritero Kasapi and Josette Bushell-Mingo the show blends superb music, brilliant singing and righteous anger against continuing racism and violence against the black communities across the world. From 60s civil rights struggles to the present day, it’s a thought-provoking and at times an uncomfortable ride. Delivered to perfection by Josette Bushell-Mingo it’s a tour de force performance packed with the best of Nina Simone’s substantial back catalogue.The production, music and lighting are fantastic. It’s showing tonight and until Saturday. If you can get a ticket go along it’s superb. 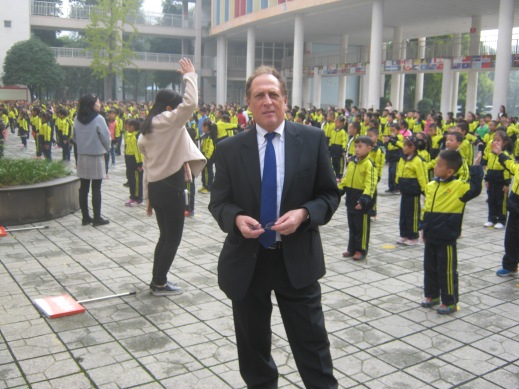 Just returned from central China where, as part of a team, we have been developing long term partnerships and sharing best practices in education. This project has enabled NW educationalists to study the education system in China, build effective partnerships and develop future opportunities for Liverpool schools to develop their cultural programme.

I am already in the process of organising a conference in the New Year for those wishing to expand their schools programmes, linking China with project based partnerships that support teaching and learning, English language, sports -especially football, teaching philosophy, the professional development of teachers and the exchange of teachers and students.

In the UK, foreign language A-levels are being dropped by sixth form colleges because not enough people want to study them. However there have been increases in students taking Arabic, Chinese and Italian at A-level and GCSE.
This Chinese cultural programme has been running for several years and is aiming to deliver a minimum of 5,000 speakers of Mandarin on their way to a higher level of fluency by 2020.
Already Liverpool John Paul II School has established cooperation with one of China’s biggest schools. The Education Department of Sichuan Province University Experimental Middle school with 4,000 pupils will develop a learning partnership with the Liverpool school, based on school management issues and creative thinking.

This opportunity to globally reach out to another culture will help raise standards of learning, attainment and school improvement, giving teachers a professional development opportunity like no other. An opportunity to visit China’s pop-up cities, high tech infrastructure, advanced classroom practices and supersize schools is not to be missed.

After a visit to China, teachers will return with renewed enthusiasm, and a dynamic confidence, prepared to motivate and lead their schools to a higher level of attainment and show a glowing CPD portfolio of professional development gained through their comparative study and examination of Chinese educational practice.

Since January, five Liverpool schools have been working with Curious Minds (a national arts organisation) and their Arts Coaches to visit, experience and participate in arts and cultural events around the UK.

Each school identified twenty children who, based on a survey taken, have a low/no engagement with arts and culture and with a budget of £3,000, each group made decisions on places to visit, things to see, and with the added extras like ‘great food’.

This event will be both a celebration for the young people who have taken part, and a chance for them to voice their feedback to arts organisations that they may have visited, as well as discussing their experience of engaging with arts and culture.

I am particularly interested in the evaluation of this project, as are my colleagues who are heavily engaged with the culture business; for obvious reasons, being a lot older and not having the £3,000 .
as a starter.
Interest on my part lies in, how the money was spent, the choice of venues, the ‘great food’ encountered, how the project developed other subjects in the pupils curriculum and how the pupils developed socially, and whether also, if family members became engaged with the spin-off effects of the project. I would be interested to see the pupils journals/portfolios of the project and their diary and if ICT was engaged with entries of thoughts and recommendations…..so many questions……and, as so many of our cultural experiences are free, does this give the pupils project opinion that, culture costs?

All will be revealed at the FACT Thursday 13th July. 9.30am